Have You Been Looking at the Solution to Cold Feet All Wrong?

In 1974 my parents bought a small camp in Malone, New York. Malone is about as north as you can get in the United States and a short drive to Canada. That part of New York gets some serious weather, according to one website Malone averages 95″ of snow per year. I can say in my decades there I witnessed  snow up to the roofs of single level homes. Malone also gets temperatures well below zero regularly throughout the winter.

As a family from Connecticut we adapted to the life that winters offered in Malone and the Adirondack Mountains to the south. We became avid snowmobilers and as a typical young boy I trekked through the woods with my trusty Marlin 66 .22. I spent nearly 20 years doing these things that have become the best years of my life.

All Fun Except For Cold feet

We started snowmobiling winter 1974-1975 and it took a few years to dial in proper clothing for snowmobiling. We didn’t quite have the technical outerwear offerings that we have today. Not even close. Over the years we did manage to find ways to dress warmly, largely in part to becoming friendly with our local Ski Doo Dealer Dave Loeb. Personally however I struggled with cold wet feet.

To battle cold wet feet my parents tried every boot and sock combination known to man. They even went as far as putting plastic bags in my boots. The theory was that all the boots were leaking and letting snow in allowing my feet to get wet then cold. That thinking was wrong.

Picture of a Canada Mountie with Warm Feet

In my years spending time in Malone I became a Canadian Rock fan and my favorite radio station was Montreal’s CHOM FM. One day CHOM interviewed a member of the “RCMP” or Royal Canadian Mounted Police. The disk jockey as the RCMP officer “How do you keep your feet warm in a Montreal winter on a horse?” The officers response was life changing.

My Boots Were Not Leaking My Feet Were Sweating!

The RCMP officer went on to state that in his experience COLD FEET ARE CAUSED BY SWEATING FEET. That response was simple and brilliant and also explained why my feet were wet. In fact, in hindsight my parents probably made my feet sweat more with each attempt at making my feet warm and dry. Go figure!

Amazingly Simple Tip For Warm Feet In The Winter 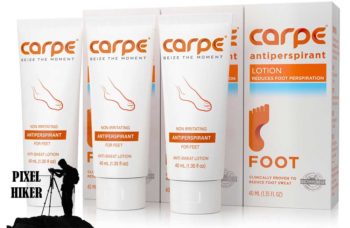 Ok I got your attention with the silly tagline above but the answer is legitimate. The RCMP officer went on to state that the answer to cold feet due to sweating is something that you may already own or you can buy at just about any grocery store or pharmacy. The way to have warm dry feet is to use simple anti-perspirant. My first antiperspirant was Arrid XX Dry purchased from Grand Union grocery store. It worked and still works today and if you don’t mind breathing a cloud of spray it works awesome.

Now being 2019 I decided to see what Amazon had to offer. As it turns out there are antiperspirants available specifically for feet and Carpe Antiperspirant Foot Lotion seems to be the highest rated option with a non-foot specific close runner up Certain Dri Anti-Perspirant. Both of those options are a bit pricey though.  I plan on ordering the Carpe because if there’s a drawback to the Arrid XX Dry it’s the cold spray. I HATE hold things touching my body.

There you have it. You no longer have to sweat about getting cold feet. If you have a similar experience let me know!

Amazingly Simple Tip For Warm Feet In The Winter 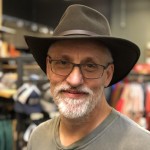